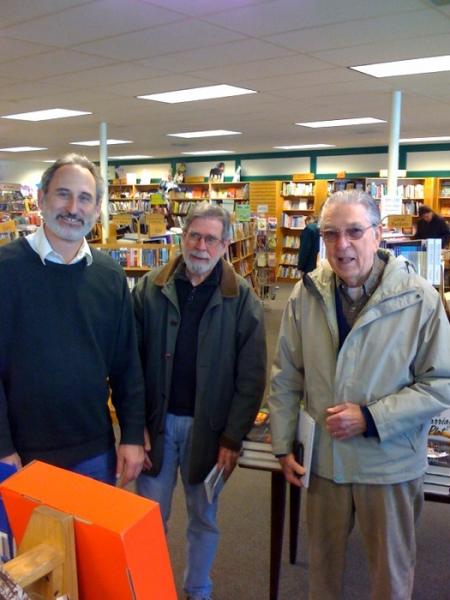 Gibson’s was founded in 1898, and is the oldest continuously operating retailer in the Concord area. Current owner Michael Herrmann bought the bookstore in 1994, and in 2013 moved it to its current location on South Main Street.
Since its beginnings, Gibson’s has striven to reflect and enhance its community with the best in intelligent entertainment. Whether you’re looking for a classic, a cult favorite, or a book for the beach, Gibson’s will usually have the right book for you. If we don’t have it, we order from our vendors several times a day to provide speedy special orders and excellent customer service. We have an ambitious schedule of author events, hosting over 100 events each year, featuring national superstars like Erik Larson, Jodi Picoult, and Jonathan Franzen, and local talents like Donald Hall, Sy Montgomery, and David Elliott. Gibson’s is active in the community, having worked with hundreds of schools, non-profits, and other organizations over the years, to help serve their mission with book sales and other support.

In 2013, Gibson’s also partnered with True Brew Barista to give South Main Street a homegrown café, and bought local independent toy store Imagination Village to integrate the best in educational toys and games with our extensive collection of children’s books.