The Perennial Philosophy: An Interpretation of the Great Mystics, East and West (Paperback) 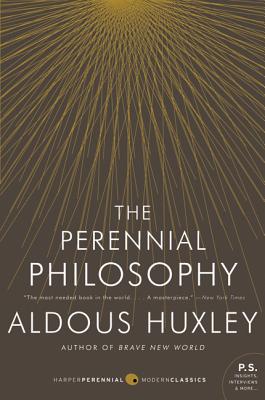 An inspired gathering of religious writings that reveals the "divine reality" common to all faiths, collected by Aldous Huxley

"The Perennial Philosophy," Aldous Huxley writes, "may be found among the traditional lore of peoples in every region of the world, and in its fully developed forms it has a place in every one of the higher religions."

With great wit and stunning intellect—drawing on a diverse array of faiths, including Zen Buddhism, Hinduism, Taoism, Christian mysticism, and Islam—Huxley examines the spiritual beliefs of various religious traditions and explains how they are united by a common human yearning to experience the divine. The Perennial Philosophy includes selections from Meister Eckhart, Rumi, and Lao Tzu, as well as the Bhagavad Gita, Tibetan Book of the Dead, Diamond Sutra, and Upanishads, among many others.

Aldous Huxley (1894–1963) is the author of the classic novels Brave New World, Island, Eyeless in Gaza, and The Genius and the Goddess, as well as such critically acclaimed nonfiction works as The Perennial Philosophy and The Doors of Perception. Born in Surrey, England, and educated at Oxford, he died in Los Angeles, California.

“[A] sweeping history of religious belief.” — The Guardian (UK)

“The Perennial Philosophy is the core synthesis of religious thought that Huxley drew from mystical thinkers among the world’s great religions.” — Washington Post Book World

“The masterpiece of all anthologies . . . Even an agnostic can read this book with joy. — New York Times