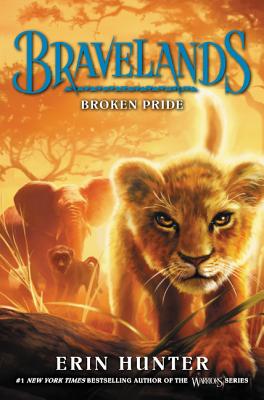 Readers of her Warriors series will love this new series by Erin Hunter. Now, however, readers can submerge themselves in the African savannah, and learn about the wildlife there. Fearless is a lion cub who escapes after the rogue lion, Titan, takes over his pride. He is rescued by a baboon troupe. As a young lion, Fearless struggles between wanting to truly be a baboon and fit in with his best friends, Mud and Thorn, and his vow to take back his pride, avenge his father, and protect his mother from Titan. However, the baboon troupe is also experiencing troubles of its own that Fearless also has a stake in helping with. And lastly, we meet Sky, a young elephant with the ability to see the future and the past when holding the bones of other animals. All this helps to create a rich and exciting story for young readers.