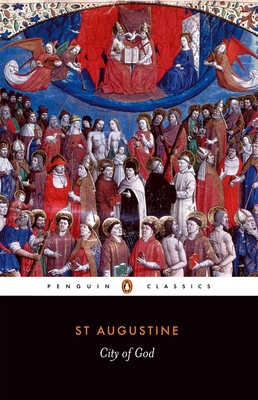 By Augustine of Hippo, Henry Bettenson (Translated by)
$18.00

St Augustine, bishop of Hippo, was one of the central figures in the history of Christianity, and City of God is one of his greatest theological works. Written as an eloquent defence of the faith at a time when the Roman Empire was on the brink of collapse, it examines the ancient pagan religions of Rome, the arguments of the Greek philosophers and the revelations of the Bible. Pointing the way forward to a citizenship that transcends the best political experiences of the world and offers citizenship that will last for eternity, City of God is one of the most influential documents in the development of Christianity.

St Augustine of Hippo was the great Doctor of the Latin Church. Born in North Africa in AD 354, he was brought up as a Christian and at 16 went to Carthage to finish his education. Until 387, Augustine followed the Manichean religion and founded his own school of rhetoric in Rome. After his baptism, he returned to Africa and lived in the community he formed there until his death in 430. His written output there includes Confessions and City of God, among over 113 books.

Henry Bettenson (1908-1979) was educated at Bristol University and Oriel College, Oxford. He taught Classics for 25 years at Charterhouse 'Documents of the Christian Church' and 'Early Christian Fathers'.

Dr Gill Evans teaches medieval intellectual history, medieval theology and ecumenical theology in the Faculty of History at Cambridge. She has published widely in this area.