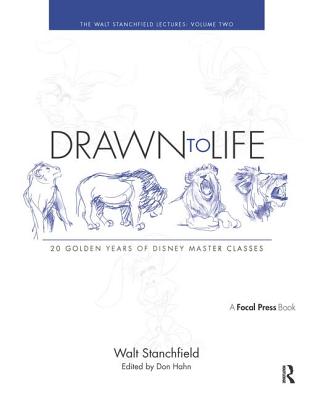 Published for the first time ever, Drawn to Life is a two volume collection of the legendary lectures from long-time Disney animator Walt Stanchfield. For over twenty years, Walt helped breathe life into the new golden age of animation with these teachings at the Walt Disney Animation Studios and influenced such talented artists as Tim Burton, Brad Bird, Glen Keane, and John Lasseter. These writings represent the quintessential refresher for fine artists and film professionals, and it is a vital tutorial for students who are now poised to be part of another new generation in the art form. Written by Walt Stanchfield (1919-2000), who began work for the Walt Disney Studios in the 1950s. His work can be seen in films like Sleeping Beauty, The Jungle Book, 101 Dalmatians, and Peter Pan. Edited by Academy Award(R)-nominated producer Don Hahn, who has prduced such classic Disney films as Beauty and the Beast and The Lion King.