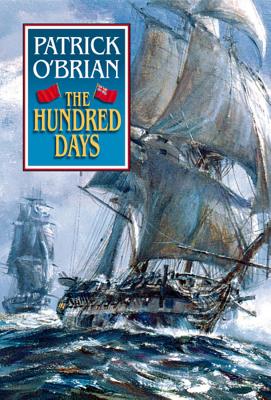 This is book number 19 in the Aubrey/Maturin Novels series.

"One of the best novelists since Jane Austen....The Hundred Days may be the best installment yet....I give O'Brian's fans joy of it."—Philadelphia Inquirer

Napoleon, escaped from Elba, pursues his enemies across Europe like a vengeful phoenix. If he can corner the British and Prussians before their Russian and Austrian allies arrive, his genius will lead the French armies to triumph at Waterloo.

In the Balkans, preparing a thrust northwards into Central Europe to block the Russians and Austrians, a horde of Muslim mercenaries is gathering. They are inclined toward Napoleon because of his conversion to Islam during the Egyptian campaign, but they will not move without a shipment of gold ingots from Sheik Ibn Hazm which, according to British intelligence, is on its way via camel caravan to the coast of North Africa. It is this gold that Jack Aubrey and Stephen Maturin must at all costs intercept. The fate of Europe hinges on their desperate mission.