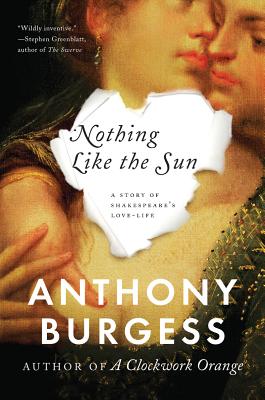 A magnificent, bawdy telling of Shakespeare’s love life, following young Will’s maturation into sex and writing. A playful romp, it is at the same time a serious look at the forces that midwife art, the effects of time and place, and the ordinariness that is found side by side with the extraordinariness of genius.

Anthony Burgess (1917–1993) is the author of many works, including The Wanting Seed, Nothing Like the Sun, and Re Joyce. A Clockwork Orange is one of the "100 best novels" of both Time magazine and Modern Library and is on David Bowie's Book List.

Nothing Like the Sun is a wildly inventive, verbally dazzling attempt to enter the secret chambers of Shakespeare's inner life. Cunning, alert, and deliciously irresponsible, Burgess brilliantly invents a private history of sexual desire and betrayal lurking behind the blank face that looks out from the First Folio.

Burgess can remake reality not only in his own writing but also in a new perception of the writings of his subject.
— New York Times Book Review