Puck of the Starways (Paperback) 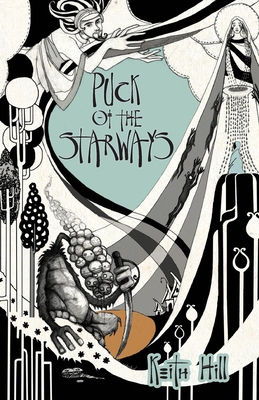 Day in and day out, never resting, Puck played. Having no body, he flitted from star to star, solar system to solar system. Ever at fun, he gambolled through the ten thousand veils of reality. Life to him was a joy, and that joy was his life's whole meaning. Yet he whose time-span was measured in units far exceeding an earthly aeon found that, in the end, he could not escape time. And one day a message came to Puck from the very centre of the Starways, commanding that he attend on the Gods. So away flew Puck. Away through the ten thousand layers of reality. And in a trice he was bowing before the Starways' Gods.

So begin the adventures of Puck. In a series of linked stories, Puck delights in the wonders, comedies, sorrows and joys that enrich human existence. Spinning tales that delight and confound, playfully mixing magic with metaphysics, the fabulous with moral questions, this is an inspired addition to fantasy story-telling.