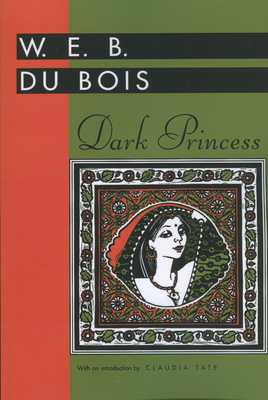 The problem of "the color line," W. E. B. Du Bois's ever-present polemical theme, is at the core of this novel of sensual love, radical politics, and the quest for racial justice. Originally published by Harcourt Brace and Co. in 1928, Dark Princess was one of two novels written by Du Bois. Toward the end of his life, he ranked it as his favorite of all his works. For the fantastical storyline, heavy with propagandist overtones, Du Bois depicts 1920s America as a racist nation primed for radical protest and terrorism. Matthew Townes, the protagonist, is a medical student expelled because his race bars him from the required course in obstetrics in a white hospital. Self-exiled in Berlin after his political idealism is corrupted, Townes falls in love with Princess Kautilya, daughter of a maharajah, and joins the international team she heads in which people of color unite against white imperialism. Du Bois recounts their quest for liberation in a whites-only world that overwhelms their passionate love and separates them. Du Bois concludes the novel with the birth of their son--proclaimed as the Maharajah of Bwodpur and "Messenger and Messiah to all the Darker Worlds." The reviewer for the New York Herald Tribune found "amidst much pure romance and preciosity of style there are rich deposits of straight sociology as well as] interesting and revealing reading for] the white reader who has yet few ways of looking into the many closed chambers of Negro life or of seeing into the dilemmas of the intellectual Negro mind and heart.