The Tragedy of Romeo and Juliet (Paperback) 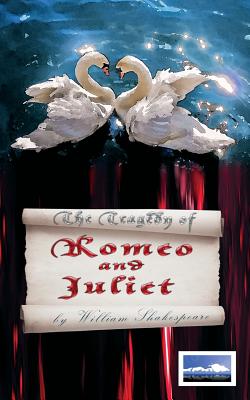 In a society ruled by violence and torn by a desire for bloody revenge, two rebellious teenagers from two opposing sides of a mortal family feud fall in love with each other. In defiance of the vengeful cruelty of their surroundings, Romeo and Juliet tie the knot in secrecy. As an attempt to escape the city misfires, the lovers pay the ultimate price for their families' hold on their lives. In this literary masterpiece, William Shakespeare delivers a stinging rebuke of a despotic patriarchy that would condemn two of its children to a fate that's not of their choosing.

Some of the most unforgettable words of wisdom ever spoken in the English language can be attributed to someone we know close to nothing about, almost as if he or she went out of their way to remain anonymous. What's in a name? That is the question. That is the question, indeed. Shakespeare's authorship has never actually been proven beyond the shadow of a doubt for lack of tangible evidence, and as a result, speculations run deep in the literary traditions surrounding the legendary playwright. William Shakespeare from Stratford-upon-Avon, a tradesman, is given credit for a body of literary work that carries this famous pen name, even though not a shred of evidence connects him to it. The few records that have been recovered don't just cast doubt on his authorship, they seem to contradict the slightest possibility of him being the creator of William Shakespeare's literary legacy. The apparent mismatch between real-life experiences of William Shakespeare from Stratford-upon-Avon (1564-April 23, 1616) and William Shakespeare's intricate knowledge of the court, his familiarity with matters of the law, and his rather intimate insights into real-life adventures of his prominent contemporaries displayed in his works has fueled alternative theories of authorship. William Shakespeare from Stratford-upon-Avon was a tradesman who used to sue people for small amounts of money. There is no evidence he owned or used the kinds of books that served as source material and inspiration for Shakespeare's plays. There is no money trail. No evidence lends credit to him as the author of Shakespeare's work. The Oxfordian theory assigns Shakespeare authorship to the 17th Earl of Oxford, Edward de Vere. Unlike William Shakespeare, de Vere was an aristocrat and a globe-trotting one at that. Yet he seems an unlikely candidate. De Vere's personality takes centerstage in the comedy All Is Well that Ends Well as a subject of much ridicule. It seems rather unlikely he would have penned the play himself only to share his disrespect for his own character flaws with the world at large. To quote the famous playwright: "What's in a name? That which we call a rose by any other name would smell as sweet"