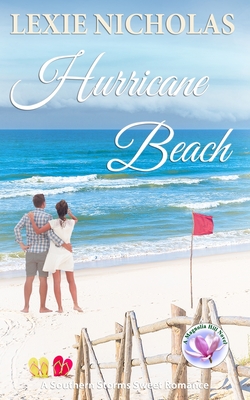 Can a hurricane threatening the Georgia coast reunite the once high school sweethearts?

With her disgruntled teenage daughter in tow, Anna, a recently divorced paramedic, returns to Magnolia Hill to heal and to prove to herself she is capable of providing for them on her own. Soon her old small-town life she had left behind catches up with her-but not all in a good way. Only by facing her fears and the people who've told her she's not worthy can she make room in her heart to love again.

Two years after a car accident that claimed his wife, Chief Meteorologist Jason Morrison is still grieving. However, when he collides with Anna at a community event, memories of his senior year resurface, and he can't get her out of his mind. He invites her to tag along on an opportunity of a lifetime-to cover Hurricane Gerard's landfall at Tybee Island-just as friends.

Nothing ever goes as planned, though. Spending time together rekindles the familiar feelings they had for each other when they dated in high school nearly two decades ago. But they can't be together. Too much has changed. He's made a sacred promise. She has to learn to trust again. Will they find a way?

If you enjoy clean romances with charming characters and a small-town feel, stories about second chances, and the excitement of stormy weather, then you'll love Lexie Nicholas's debut novel.