The Shadow Killer: A Thriller (The Flovent and Thorson Thrillers #2) (Paperback) 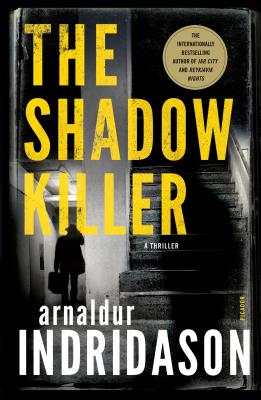 This is book number 2 in the The Flovent and Thorson Thrillers series.

The Shadow Killer is the extraordinary second book in the compelling new series from award-winning Icelandic author Arnaldur Indridason, following The Shadow District.

"Puts Iceland on the map as a major destination for enthusiasts of Nordic crime fiction."—Marilyn Stasio, The New York Times Book Review

A man is found murdered in a small apartment in Reykjavík, shot in the head with a pistol. The police’s attention is immediately drawn to the foreign soldiers who are on every street corner in the summer of 1941. So begins officers Flóvent and Thorson’s investigation, which will lead them down a path darker than either of them expected, and force them to reckon with their own demons.

"Indridason's austere, clear-cut prose coldly reveals 'all the disruption the military occupation had brought to this sparsely populated island and its simple society.' " —New York Times on The Shadow Killer

"Indridason does a fine job evoking the place and time." —Publishers Weekly on The Shadow Killer

"Indridason builds suspense through a steady progression of extensive interviews with his sleuths doggedly prodding witnesses with dark probing questions. The result is a haunting and foreboding mood that will attract fans of Nordic noir." —Library Journal on The Shadow Killer

"Indridason’s voice, straightforward and tinged with sadness, works particularly well here, as he coaxes out tragic secrets and captures the occupation’s impact with intriguing period detail, particularly the social impact of Reykjavik’s emerging nightlife and the Icelandic Nationalist Party’s Nazi legacy." —Booklist on The Shadow Killer

“A haunting and elegant novel . . . a writer of astonishing gravitas and talent."—John Lescroart

“What’s Icelandic for “We have ourselves a winner?”—Newsday