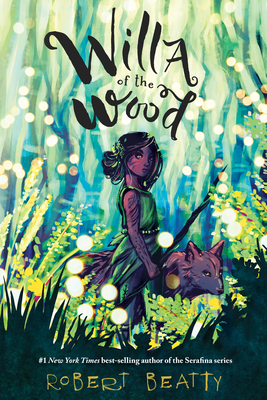 Willa, a young night-spirit of the Great Smoky Mountains, is her clan’s best thief. She creeps into the homes of day-folk under cover of darkness and takes what they won’t miss. It’s dangerous work—the day-folk kill whatever they do not understand--but Willa will do anything to win the approval of the padaran, the charismatic leader of the Faeran people.

When Willa's curiosity leaves her hurt and stranded in the day world, she calls upon an ancient, unbreakable bond to escape. Only then does she discover the truth: not all day-folk are the same, and the foundations that have guarded the Faeran for eons are under attack.

As forces of unfathomable destruction encroach on her home, Willa must decide who she truly is. To save the day-folk family that has become her own--and lift the curse that has robbed her people of their truth--Willa will meet deadly force with trusted alliance, violence with shelter, and an ever-changing world with a steady heartbeat of courage.

Robert Beatty is the #1 New York Times best-selling author of the Serafina series and the Willa of the Wood series published by Disney Hyperion. Loved by young readers and adults alike, the Serafina and Willa books are being taught in over a thousand classrooms nationwide and have been translated into over 22 languages. Robert lives in the Blue Ridge Mountains of Asheville, North Carolina with his wife and three daughters. He writes full-time now, but in his past lives, Robert was one of the early pioneers of cloud computing, the founder/CEO of Plex Systems, the co-founder of Beatty Robotics, and the chairman/CTO of Narrative magazine. In 2007, he was named an Entrepreneur of the Year. When asked about the inspiration for his books, Robert said, “The Serafina and Willa books grew out of my desire to write stories about unusual and heroic young girls for my three daughters."