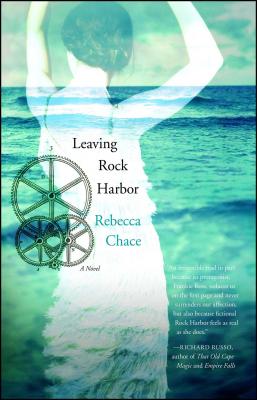 “Tightly written, this is a novel full of love, rich New England history, and a vivid description of New England mill town's economic troubles in the wake of World War I. Frankie Ross, an independent, stubborn young woman tells us her story of loving two men, one of wealthy, upper middle class privilege and the other a Portuguese mill worker. An engaging read, and not just for New Englanders!”
— Annie Philbrick, Bank Square Books, Mystic, CT

In 1916, fifteen-year-old Frankie Ross and her parents leave their simple life in Poughkeepsie to negotiate a new existence in the booming city of Rock Harbor, Massachusetts. Frankie's father is able to find work as an engraver in the bustling cotton mill, although erupting labor protests threaten to tumble the town's socio-economic structure. Frankie soon meets Winslow Curtis and Joe Barros, two charismatic friends who come from opposite worlds. Winslow is the privileged son of state senator Ham Curtis, the politically ambitious cotton mill owner, while Joe is a Portuguese mill worker. The three become ensnared in a tender love triangle that influences them throughout the rest of their lives.

Both a richly articulated coming of age story and a political historical novel, Leaving Rock Harbor evokes a world of constant transformation in which the characters, always fighting to maintain their footing on shaky ground, struggle with issues of love, class, and ethnicity against the ever-changing backdrop of early 20th century America, the turmoil of which will resonate with readers today.