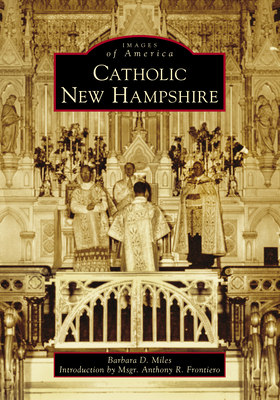 In 1855, Rev. David W. Bacon became the first bishop of the Diocese of Portland, which included Maine and New Hampshire. Between the two states, six priests and eight churches ministered to a few hundred Catholics. In the following years, Bacon founded 63 churches, ordained 52 priests, built 23 schools, and attended to a Catholic population of about 80,000. In 1884, New Hampshire became an independent diocese. By 1903, founding bishop Denis Bradly introduced over 30 missions; parishes; schools, including St. Anselm College; and charitable services. Since its inception in 1884, ten bishops selected from New Hampshire and other states have honored the Diocese of Manchester with their leadership. Throughout most of the 20th century, New Hampshire experienced growth in vocations and education. Starting in the 1970s, there was a decline of parochial students, vocations, and sacramental reception. Today, over 250,000 Catholics worship in the Granite State within 89 parishes.