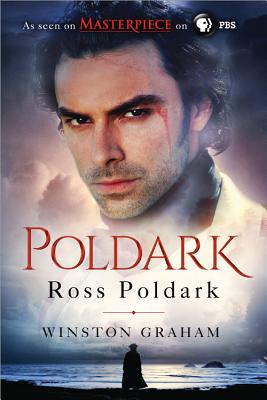 This is book number 1 in the The Poldark Saga series.

As Seen on Masterpiece™ on PBS®: Book 1 of the beloved Poldark series

In the first novel in Winston Graham's hit series, a weary Ross Poldark returns to England from war, looking forward to a joyful homecoming with his beloved Elizabeth. But instead he discovers his father has died, his home is overrun by livestock and drunken servants, and Elizabeth—believing Ross to be dead—is now engaged to his cousin. Ross has no choice but to start his life anew.

Thus begins the Poldark series, a heartwarming, gripping saga set in the windswept landscape of Cornwall. With an unforgettable cast of characters that spans loves, lives, and generations, this extraordinary masterwork from Winston Graham is a story you will never forget.

Winston Graham was the author of forty novels. His books have been widely translated and his famous series has been developed into two television series shown in 24 countries. Winston Graham was a Fellow of the Royal Society of Literature and in 1983 was awarded the OBE.

"Some of the most memorable passages deal with insights into human nature that readers of Jane Austen will appreciate... Ross Poldark is rich with memorable characters and vivid scenes of Cornwall life in the late 18th-century." — Austenprose

"The thing that has always made these books stand out from the crowd is the way in which Winston Graham’s characters just overflow with humanity in all its forms. " — Romantic Historical Reviews

"This novel is so much about the characters living within its pages, the time period, and the setting of Cornwall... Definitely a must read for historical fiction fans and even for those just looking for a good story and series to sink into! Highly recommended!" — Peeking Between The Pages

"Ross Poldark is an excellent book full of romance, adventure, and accurate depictions of the fallibilities of the human race." — Laura’s Reviews

"If you are fan of historical fiction and Austen-like stories, you must check out Ross Poldark. " — Confessions of a Book Addict