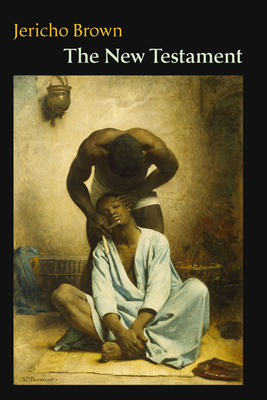 Honored as a Best Book of 2014 by Library Journal

Honored as a Standout Book of 2014 by American Poet magazine

Winnner of the Thom Gunn Award for Gay Poetry

NPR.org writes: "In his second collection, The New Testament, Brown treats disease and love and lust between men, with a gentle touch, returning again and again to the stories of the Bible, which confirm or dispute his vision of real life. 'Every last word is contagious, ' he writes, awake to all the implications of that phrase. There is plenty of guilt--survivor's guilt, sinner's guilt--and ever-present death, but also the joy of survival and sin. And not everyone has the chutzpah to rewrite The Good Book."--NPR.org

"Brown's is a necessary art in an era that has seen lingering racial conflict and growing acceptance of gays in America, as well as extreme intolerance and homophobia in many countries overseas. These poems work because while they emanate from an intimately personal place, social concerns loom as large as the barber in Bonnat's painting. To merge the private with the public so seamlessly is an enviable feat." --The Antioch Review

In the world of Jericho Brown's second book, disease runs through the body, violence runs through the neighborhood, memories run through the mind, trauma runs through generations. Almost eerily quiet in even the bluntest of poems, Brown gives us the ache of a throat that has yet to say the hardest thing--and the truth is coming on fast.

Say the shame I see inching like steam
Along the streets will never seep
Beneath the doors of this bedroom,
And if it does, if we dare to breathe,
Tell me that though the world ends us,
Lover, it cannot end our love
Of narrative. Don't you have a story
For me?--like the one you tell
With fingers over my lips to keep me
From sighing when--before the queen
Is kidnapped--the prince bows
To the enemy, handing over the horn
Of his favorite unicorn like those men
Brought, bought, and whipped until
They accepted their masters' names.

Jericho Brown worked as the speechwriter for the mayor of New Orleans before earning his PhD in creative writing and literature from the University of Houston. His first book, PLEASE (New Issues), won the American Book Award. He currently teaches at Emory University and lives in Atlanta, Georgia.

Jericho Brown: Jericho Brown worked as the speechwriter for the Mayor of New Orleans before earning his PhD in Creative Writing and Literature from the University of Houston. He also holds an MFA from the University of New Orleans and a BA from Dillard University. The recipient of the Whiting Writers Award and fellowships from the National Endowment for the Arts, the Radcliffe Institute at Harvard University, the Bread Loaf Writers' Conference, and the Krakow Poetry Seminar in Poland, Brown is an Assistant Professor at Emory University. His first book, PLEASE (New Issues), won the American Book Award. He lives in Atlanta.