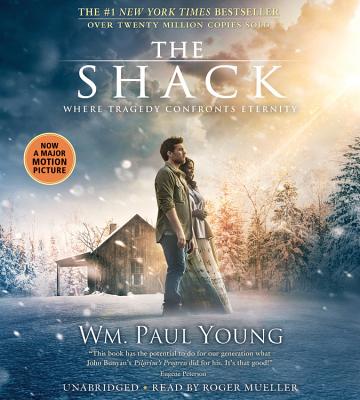 After his daughter's murder, a grieving father confronts God with desperate questions -- and finds unexpected answers -- in this riveting and deeply moving #1 NYT bestseller.

When Mackenzie Allen Phillips's youngest daughter Missy is abducted during a family vacation, he remains hopeful that she'll return home. But then, he discovers evidence that she may have been brutally murdered in an abandoned shack deep in the Oregon wilderness.

Four years later, in this midst of his great sadness, Mack receives a suspicious note that's supposedly from God, inviting him back to that shack for a weekend. Against his better judgment, he arrives on a wintry afternoon and walks back into his darkest nightmare. What he finds there will change his life forever.

Wm. Paul Young was born a Canadian and raised among a Stone Age tribe by his missionary parents in the highlands of former New Guinea. He suffered great loss as a child and young adult and now enjoys the "wastefulness of grace" with his family in the Pacific Northwest. He is also the author of The Shack, Cross Roads, and Eve.