Tragedy of Romeo and Juliet: 2020 (Paperback) 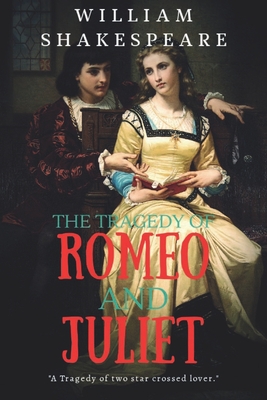 By William Shakespeare
$10.99
OUT OF PRINT: Email or call for price

Romeo and Juliet is a tragedy written by William Shakespeare between 1591-1595, and it remains one of his most popular and frequently performed plays. The romance between Romeo and Juliet has become the foundation for many derivative romantic works and established the title characters as the best known of any young lovers in literature. Shakespeare borrowed from other famous tales written earlier in the sixteenth century but expanded upon the plot and characters to create his own version of the famous story. The play is set in Verona, Italy, and begins with a scuffle between members the rival families Montague and Capulet. The two families are sworn enemies. The beginning scuffle is between servants of those two houses, and shows that the ill will and animosity of the families runs through the families from the primary members of the family down to their servants. Capulet, the head of the house of Capulet, has begun receiving interested suitors for his young daughter Juliet. Though her father asks Count Paris, a kinsman of Prince Escalus of Verona, to wait two years for their betrothal, he invites him to attend a Capulet ball. Juliet's mother and nurse try to convince Juliet that a match with Paris would be a good one. On the Montague side of the family, young Romeo, Montague's son, is explaining his recent depression to cousin Benvolio. Romeo feels heartbroken from his unreturned affection towards a Capulet niece named Rosaline. Despite the danger of sneaking into a Capulet ball, Romeo attends, hoping to woo Rosaline. Instead he sees Juliet and falls in love with her instead. When Juliet's cousin Tybalt finds out Romeo has been at the ball, he has murderous intentions. Juliet's father discourages the violence, not wanting blood spilt at his home.