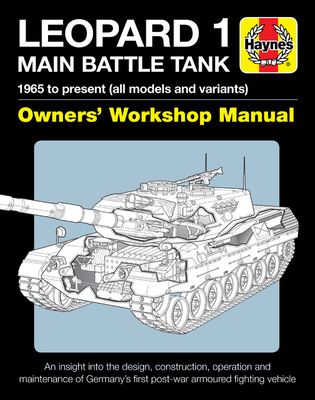 Following the re-integration of West Germany into NATO in the mid-1950s, the Bundeswehr was equipped with American tanks under the Military Aid Program. Quickly realising they were not suitable, Germany began the design of their own main battle tank in 1956.

The Leopard 1 family of vehicles became the first fully-German developed series of armoured combat vehicles to be built after the Second World War, and it owes much to the design concepts developed through combat experience during the latter stages of that war. Using the German-built version of the British L7 105mm gun for its main armament, the Leopard focused on firepower and with its impressive cross-country performance it was unmatched by most other tank designs of the era.

The first production Leopard 1 left the line in September 1965 and since then Leopards have seen operational service in Afghanistan (Canadian Leopard C2 MEXAS), Bosnia and Croatia (UNPROFOR Danish Leopard 1A5-DK MBT), Kosovo (KFOR: Danish 1A5-DK; Canadian C1 and Italian 1A5), and Somalia (UNOSOM German Bergpanzer and Pionierpanzer). In 2003 the German Army relinquished its Leopard 1s, and in 2011 the Canadian Battle Group withdrew its Leopard 1s from Afghanistan.

Michael Shackleton is an authority on the Leopard family and author of the Leopard 1 Trilogy published by Barbarossa Books (2003), which at 600 pages in three volumes is probably the most detailed history of the tank ever published.

Australian military historian and author Michael K. Cecil is a former Head of Military Heraldry and Technology at the Australian War Memorial in Canberra, Australia. He is widely published on post-war armoured fighting vehicles, including the Leopard. Michael also restores military vehicles.