England Is My Village: And the World Owes Me a Living (Paperback) 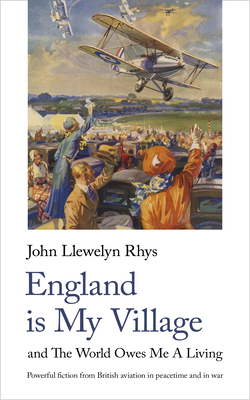 John Llewelyn Rhys (1911-1940) was born in Abergavenny, Wales, in the United Kingdom. He published The Flying Shadow in 1936 (also reissued by Handheld Press), and in 1939 published The World Owes Me A Living (filmed in 1945). Both were powerful novels about British aviation in the 1930s: the planes, the pilots, their need to be in the air, their skill and bravery, their hard-drinking lives, the long-distance record-breaking attempts, and death through accidents and taking one risk too many.

This new edition of England is My Village, and The World Owes Me A Living is a stunning rediscovery of this brilliant writer. 'Had he lived, ' an obituary noted, 'he might have become the Kipling of the RAF.' Rhys's prose is spare and direct, with no words wasted. The dialogue is immediate, conveying mood, emotion, relationships, character and action with precision. The stories date from 1936 to 1940 and remind us of the responsibilities placed on very young men flying thousands of feet up in the air in boxes of metal, petrol and canvas.

The Introduction is written by Kate Macdonald and Luke Seaber.