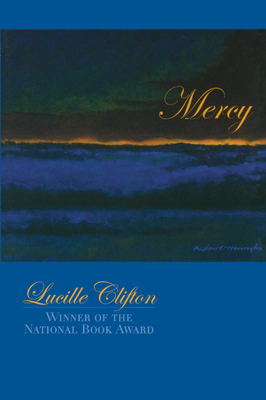 This is book number 86 in the American Poets Continuum series.

Lucille Clifton's poetry carries her deep concerns for the world's children, the stratification of American society, those people lost or forgotten amid the crushing race of Western materialism and technology. In turns sad, troubled and angry, her voice has always been one of great empathy, knowing, as she says, "the only mercy is memory." In this, her 12th book of poetry, the National Book Award-winner speaks to the tenuous relationship between mothers and daughters, the debilitating power of cancer, the open wound of racial prejudice, the redemptive gift of story-telling. "September Song," a sequence of seven poems, featured on National Public Radio, presents a modern-day Orpheus who, through her grief, attempts to heart-intelligently respond to the events of September 11th. The last sequence of poems--a tightly-woven fabric of caveats and prayers--was initially written in the 1970s, then revised and reshaped in the last few years.

Lucille Clifton is an award-winning poet, fiction writer and author of children's books. Her most recent poetry book, Blessing the Boats: New and Selected Poems 1969-1999 (BOA), won the 2000 National Book Award for Poetry. Two of Clifton's BOA poetry collections, Good Woman: Poems and a Memoir 1969-1980 and Next: New Poems, were chosen as finalists for the Pulitzer Prize in 1988, while Clifton's The Terrible Stories (BOA) was a finalist for the 1996 National Book Award. Clifton has received fellowships from the NEA, an Emmy Award from the American Academy of Television Arts and Sciences, the Shelley Memorial Prize and the Charity Randall Citation. She is a Distinguished Professor of Humanities as St. Mary's College in Maryland. She was appointed a Fellow of The American Academy of Arts and Sciences, and elected as Chancellor of The Academy of American Poets in 1999. She lives in Columbia, MD.

Lucille Clifton won the 2007 Ruth Lilly Poetry Award. Her book, Blessing the Boats (BOA Editions), won the 2000 National Book Award for Poetry. Two of Clifton's BOA poetry collections were chosen as finalists for the Pulitzer Prize in 1988. Clifton's awards include fellowships from the National Endowment for the Arts and an Emmy Award.