Modals and Periphrastics in English: An Investigation Into the Semantic Correspondence Between Certain English Modal Verbs and Their Periphrastic Equi (Linguistische Arbeiten #339) (Hardcover) 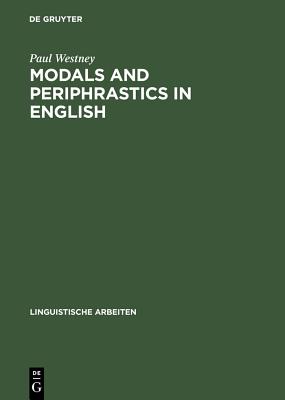 English has a number of periphrastic verbal forms that are semantically close to particular modal verbs and perform suppletive functions in relation to them (eg, have (got) to - must and be able to - can). After an exploration of the syntactic, semantic and phonological properties of potential periphrastic forms, this study investigates the nature of the relationship between the modals must, should, will and can and various semantically close periphrastics, using a spoken corpus of British English as the primary source of data. The focus is on the pragmatic interpretation of the items being compared, with some attention to their functions in discourse. These items are notoriously idiosyncratic both syntactically and semantically, but the general contrast claimed by some scholars between the maximally unmarked status of modals and the relatively marked status of periphrastics is amply confirmed, and this, together with the basic association of modality with alternative possible worlds, is shown to be reflected in a number of different ways, including the claimed 'objectivity' of periphrastics and the tendency of some to be associated with actuality. Level of formality is also found to be a significant, though not uniform, factor here.