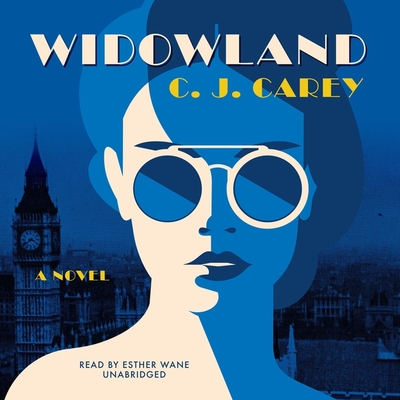 An alternative history with a strong feminist twist, perfect for fans of Robert Harris's Fatherland, Christina Dalcher's Vox, and the dystopian novels of Margaret Atwood

London, 1953, Coronation year--but not the Coronation of Elizabeth II.Thirteen years have passed since a Grand Alliance between Great Britain and Germany was formalized. George VI and his family have been murdered, and Edward VIII rules as King. Yet, in practice, all power is vested in Alfred Rosenberg, Britain's Protector. The role and status of women is Rosenberg's particular interest.

Rose Ransom belongs to the elite caste of women and works at the Ministry of Culture, rewriting literature to correct the views of the past. But now she has been given a special task.

Outbreaks of insurgency have been seen across the country: graffiti daubed on public buildings. Disturbingly, the graffiti is made up of lines from forbidden works, subversive words from the voices of women. Suspicion has fallen on Widowland, the run-down slums where childless women over fifty have been banished. These women are known to be mutinous, for they have nothing to lose.

Before the Leader arrives for the Coronation ceremony of King Edward and Queen Wallis, Rose must infiltrate Widowland, find the source of this rebellion, and ensure that it is quashed.