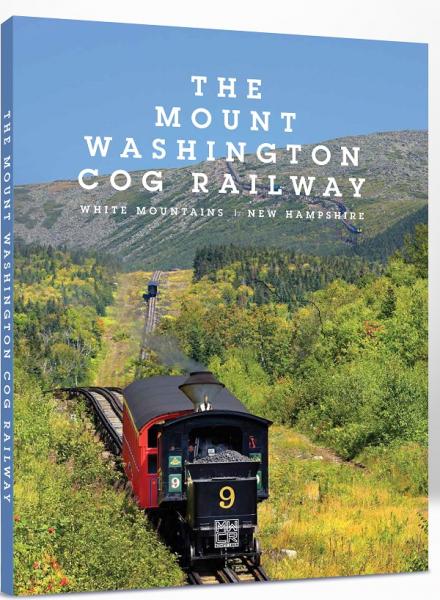 This full-color, coffee table book comes loaded with photographs that capture the Mount Washington Cog Railway experience. The Mount Washington Cog Railway, White Mountains, New Hampshire is a 120-page visual tour of the delights awaiting passengers as they ride the train to the summit of New England’s highest peak. The photographs will re-kindle memories for those who have ridden the train, making it a wonderful keepsake. It is intended to bring The Cog experience to life for those who have yet to ride the historic train.

Built by veterans of the Civil War, the Mount Washington Cog Railway was the brainchild of inventor and New Hampshire native Sylvester Marsh, who invented the cog mechanism that provides the traction necessary for the train to ascend the mountain. A century and a half later, the only cog railway currently operating in the United States continues to provide an incredible experience for visitors who step aboard — much like those first passengers on July 3, 1869. The book’s photographs capture The Cog in all four seasons. The dramatic landscape of Mount Washington and the surrounding peaks and valleys provide a constant backdrop for the colorful trains and coaches as they ply their way up and down the mountain. Several pages in the book’s center unfold for a panoramic display of the mountain vistas.

About the photographer: Jay Philbrick is one half of the Philbrick Photography team, portrait and wedding photographers in North Conway, New Hampshire.