Except for Love: New England Poets Inspired by Donald Hall 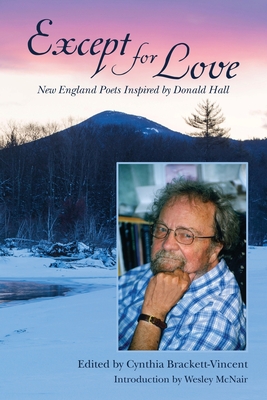 Please join Gibson's Bookstore for an evening of verse as we present a selection of well-established New England poets, reading poems from the Donald Hall-inspired anthology, Except for Love: New England Poets Inspired by Donald Hall. The book includes an introduction by Wesley McNair, former poet laureate of Maine, and long-time friend of Donald Hall.

Poets presenting this evening include:

Matt Forrest Esenwine. Matt's poetry has been published in various collections including the National Geographic Book of Nature Poetry (2015), and in 2012 his poem, "Apple-Stealing," was nominated for a Pushcart Prize. He is also the recipient of the 2019 MacGregor Poetry Prize, coordinated by the Robert Frost Farm board of trustees and Derry (NH) Public Library.

Jessica Purdy. Jessica Purdy holds an MFA in Creative Writing from Emerson College. Her books STARLAND and Sleep in a Strange House were both released by Nixes Mate Books in 2017 and 2018.

Andrew Periale. Andrew Periale is a Poet-Playwright-Puppeteer-Polyglot from New Hampshire. He is a member of City Hall Poets and the former Poet Laureate of Rochester.

LR Berger. LR Berger's collection, The Unexpected Aviary received the Jane Kenyon Award for Outstanding Book of Poems, and support from National Endowment of the Arts, NH State Council of the Arts and the American Academy in Rome.

Gary Rainford. Author of Salty Liquor and Liner Notes, Gary Rainford lives year-round on Swan's Island with his wife and daughter.  Gary's third book in progress, Seven Springs, is a novel in verse about his mother's Alzheimer's desease, a journey of expression, identity, and complete loss.

Mary Anker. Mostly a storyteller through many means and trying, like Donald Hall, to possess the past while staying in the present.  Feel lucky to be writing and reading poetry these days.

Encircle Publications will donate 10% of the proceeds to the Leukemia & Lymphoma Society to honor Hall's late wife, the poet Jane Kenyon. 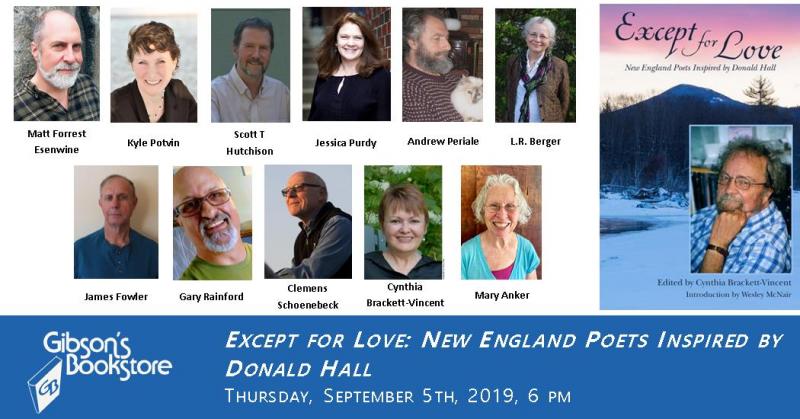