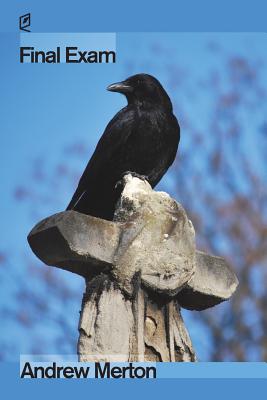 Poet Andrew Merton returns to Gibson's Bookstore to present his third and newest collection of poetry, Final Exam. Come for an evening of verse appreciation! His first book, Evidence that We Are Descended from Chairs, was named Outstanding Book of Poetry for 2013-2014 by the New Hampshire Writers' Project. Final Exam gives us another dose of Merton's unique combination of wisdom, wit and humor that makes us take another look at even our own darkest days from a new and refreshing perspective.

About the author: Andrew Merton is a journalist, essayist, and poet. Publications in which his nonfiction has appeared include Esquire, Ms. Magazine, The New York Times Magazine, Boston Magazine, and The Boston Globe.

Merton's book of poetry, Evidence that We Are Descended from Chairs?, with a foreword by Charles Simic (Accents Publishing, 2012) was named Outstanding Book of Poetry for 2013–2014 by the New Hampshire Writers' Project. His book of poetry Lost and Found was also published by Accents Publishing in 2016. He is a professor emeritus of English at the University of New Hampshire.

The Angel of Imagination gave everything to Andrew Merton. His poems are inventive and spry and unpredictable. And despite the sobriety implied by the book's title, Final Exam, Merton's third collection, is more concerned with comedy than curricula. Echoing the work of Kenneth Koch, Billy Collins and Albert Goldbarth, here comes another poet primed to tickle and provoke.