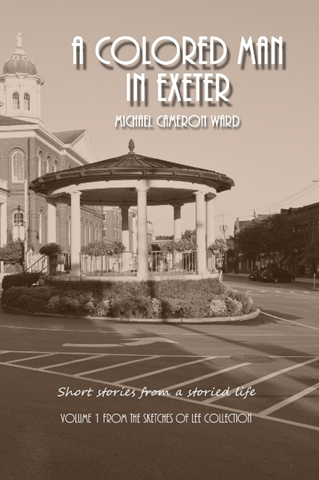 Michael Cameron Ward visits Gibson's Bookstore to present Sketches of Lee, a performance of his family's story as a black family in mid-century New Hampshire. In 1957 the Ward family relocated from Brooklyn, NY to Lee, NH to escape gang violence. As a Black family, they became the "Index of Integration" in Lee, NH a town of 600. Michael and his three siblings integrated the Oyster River School District on the same day as Little Rock, Ar. Their family faced a myriad of challenges, some expected, some not. But in doing so, they were able to demonstrate that they were, "regular people", and could be relied on as part of the community.  At the request of his father before his passing Michael has been writing and publishing their family history, Sketches of Lee.

Sketches was originally intended as a family chronicle, but in 2017, that changed. A Trump administration official announced that "Meals on Wheels" was going to be cancelled. Michael was furious; his father had almost starved to death during the Depression. Michael posted  "A Colored Man in Exeter," on Facebook, about how his father had combatted hunger in the '60's with his restaurant. The story ended up on "Begin with Yes," a Facebook page with two million viewers. The audience loved it. The page admins convinced Michael to break up the collection up into subject area volumes and publish it, and thus Sketches of Lee was born. 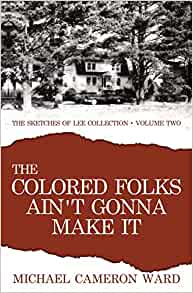 The first of four volumes, A Colored Man in Exeter was self-published in Sept 1st 2017. It captures his father's life and times as an orphan during the Depression, his US Navy career, and the hospitality industry. It is an engaging account of perseverance, respect, and love. In December of 2018, The Daughters of the American Revolution inducted it into their national archive as a historically significant document.

On September 6th 2019, the second volume, The Colored Folks Ain't Gonna Make It was published. It chronicles family life as the “Index of Integration” in a small NH town. The stories are alternately; heartwarming, infuriating, humorous and gut wrenching.

The next two volumes: Titanium Rose and Tales of the Big Hook are scheduled for publication in 2020 and 2021 respectively.

A Colored Man in Exeter (Paperback)

In the summer of 1957 the Ward family moved from Brooklyn, New York to Lee, New Hampshire to escape gang violence. It was an era when racial tensions were high and they were the first "colored family" in the area. Needless to say, over the years they encountered many interesting experiences and created a storied life.

"The Colored Folks Ain't Gonna Make It" continues Michael Ward's fulfillment of his father Harold's dying request. It's a window into a family's existence as the "Index of Integration" in rural New Hampshire from the late '50s until the present time. Michael's recollections are powerful and precise. The events recounted span the full range of emotion and thought.