Three authors join us for a night of literary delight!

Eric Shonkwiler, Above All Men (a post-apocalyptic story of a man struggling to keep his family and farm together), Tim Horvath, Understories (a collection of short stories), Nathan Graziano, My Next Bad Decision (a new volume of verse).

Eric Shonkwiler received his MFA in Fiction from University of California-Riverside, where he was the recipient of the Chancellor’s Distinguished Fellowship Award, and is the Regional Editor for Los Angeles Review of Books, as well as a former reader for [PANK] and former Editor-in-Chief and fiction editor for CRATE: The Literary Journal of UCR.  Born and raised in Ohio, Eric is an extensive nomad, having lived and worked in every contiguous U.S. time zone, and finding himself on the road as often as not.

Above All Men:
Years from now, America is slowly collapsing.  Crops are drying up and oil is running out.  People flee cities for the countryside, worsening the drought and opening the land to crime.  Amid this decay and strife, war veteran David Parrish fights to keep his family and farm together.  However, the murder of a local child opens old wounds, forcing him to confront his own nature on a hunt through dust storms and crumbling towns for the killer.  Shonkwiler's critically acclaimed debut novel is a 2014 Midwest Connections Pick and has been called “poetic, stark, and impossible to ignore” by authors and critics such as Frank Bill, Paula Bomer, and Tom Lutz.

What if there were a city that consisted only of restaurants? What if Paul Gauguin had gone to Greenland instead of Tahiti? What if there were a field called Umbrology, the study of shadows, where physicists and shadow puppeteers worked side by side? Full of speculative daring though firmly anchored in the tradition of realism, Tim Horvath’s stories explore all of this and more— blending the everyday and wondrous to contend with age-old themes of loss, identity, imagination, and the search for human connection. Whether making offhand references to Mystery Science Theater, providing a new perspective on Heidegger’s philosophy and forays into Nazism, or following the imaginary travels of a library book, Horvath’s writing is as entertaining as it is thought provoking. 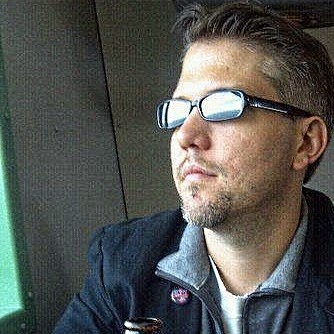 My Next Bad Decision, a volume of verse by Nathan Graziano. Nathan is a high school teacher in Manchester and has an MFA in fiction writing from The University of New Hampshire. He is the author of three collections of poetry, Not So Profound, Teaching Metaphors, and After the Honeymoon; two collections of short prose, Frostbite and Hangover Breakfasts; and several chapbooks of fiction and poetry. His work has appeared in numerous literary publications, such as Word Riot, Rattle, The Hawaii Review, The Good Men Project, Night Train, and Nerve Cowboy, and his short story, “Fishbone,” was a finalist for The Norman Mailer Award.

Above All Men (Paperback)

Years from now, America is slowly collapsing. Crops are drying up and oil is running out. People flee cities for the countryside, worsening the drought and opening the land to crime. Amid this decay and strife, war veteran David Parrish fights to keep his family and farm together.